It’s been a while but I thought I’d write about our attempts to sort out the rules and the buildings which has been a bit of a journey to be honest.

Readers may recall back in Part One I was all over the Spectre Operations rules, mainly based on reading and looking at nice shiny photographs, not actually playing. 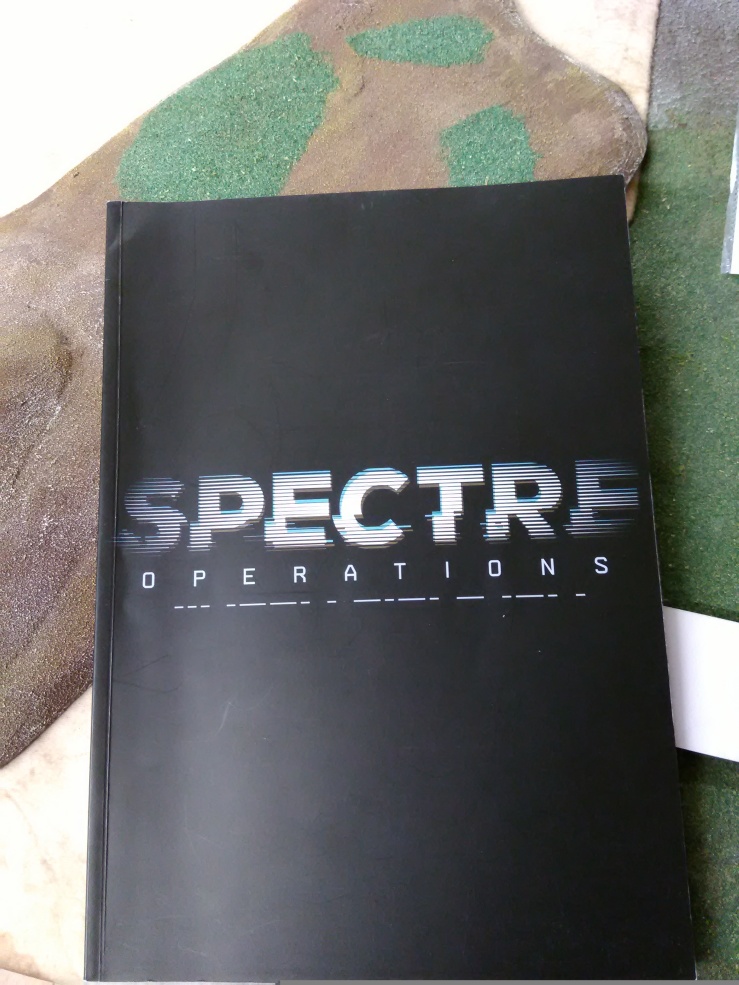 Well we had a couple of games using fairly generic terrain (mainly due to not having sorted out the planned barrio area I had promised to do a year ago!) and it didn’t go so well.

The initial game took forever and the one after that wasn’t much better so I went back to basics and tried to work out where we were going wrong given that I was pretty convinced the rules should give a quick tactical game reflecting the nuances of modern combat – like I know anything about that!

After going through the rules in painstaking detail and highlighting all the key elements so we could reference them more easily we had another bash but not before giving Osprey’s Black Ops a couple of goes.  Now these were quick and simple but the body count was high and they just didn’t do it for us and so they remained a back stop in case we couldn’t get Spectre to work. 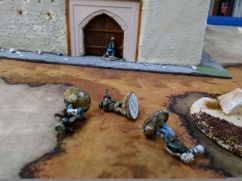 Prior to getting stuff on the table again I turned to good old You Tube and Google to see if I could find anyone else playing the rules and surprise, surprise, there were and making pretty light work of it too. This gave me a renewed level of confidence as did several conversations with Michael Charge on his ChargeBlog (one day I’ll learn how to insert links – sorry Michael!)

Back to the rules; our first problem was we were using the play sequence all wrong! We were using the sequence for each individual at a time effectively turning what is a fire team based game into a one on one skirmish with too many figures which neatly brought us to the other issue of trying to run before we could walk; we had too may figures on the table for an initial run through – wargamers disease, lots of newly painted figures that just have to get an outing. In fairness to us the quick reference guide with the rules really isn’t one and is a failing of the rules which needs to be addressed; even though we now have more of a handle on the rules having to reference a fairly substantial A4 book is a pain and constantly folding it open knackers the product and gets in the way on the tabletop, I have promised the guys I’ll construct one but we shouldn’t have to.

The next thing we didn’t fully appreciate was the fact of how much a fire team based game it really is, yes I know that should be blindingly obvious! Most skirmish games have a bunch of figures controlled by each player who can do pretty much what they want within certain pretty loose restrictions and even WWII which we play a lot at a squad level there is a level of freedom. In Spectre (and this is a good thing) we just hadn’t appreciated the need for groups to operate cohesively for the firepower to provide suppression to enable the closing in on the target and so we had random figures romping about ineffectively and were left wondering why it didn’t seem to be working.

So armed with this we returned to the table top with more suitably sized groups – a couple of squad car sized federal police and one drug gang group. We got the training level right and noted down the key stats for the groups to stop the pain of having to reference whether a weapon is, compact, what it’s range interval is, what it’s lethality is, can it rapid fire, etc, all of which are a real pain and point to the need for unit cards.

Despite this whinging the game went well and we had enough of an immersive experience to say that was worth doing lets do it again.

Buoyed with our success we then thought about using the rules for our Afghansty games which up until now we have used an adapted version of our WWII rules for, which has been fine but the 1980’s is not the 1940’s. To our relief the rules worked really well and they are now our go to set for this period as well which has meant that with smaller fire teams rather than full on squads which we were using we don’t need to buy any more figures but can in fact go for some vehicles and see how Spectre works with these. 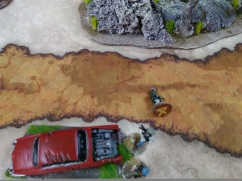 Funny isn’t it how one success can lead to another. Now we feel more confident about the rules we are more inclined to tackle other modern scenarios. Our Benghazi idea was just an idea but now with the contractors already done and a set of rules we like, doing the insurgents and creating buildings to fight around (forthcoming blog) is a realistic proposition. 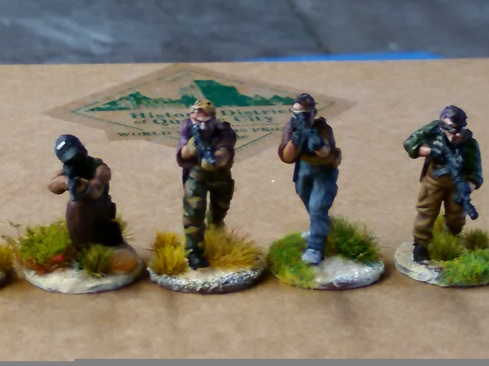 I was going to talk about the buildings for the barrio project in this blog but that has become its own nightmare so we’ll call it at this point and wait for part four.