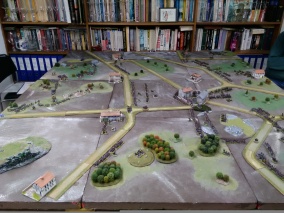 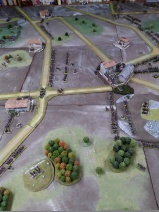 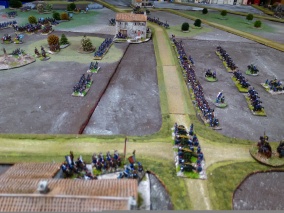 On the face of it the smaller scale should have made the recreation the large classic C19th battles more achievable and indeed that was the reason why we indulged ourselves in the change of scale in the first place which further begs the question why would such dyed in the wool 28mm gamers take on one of the smaller scales? 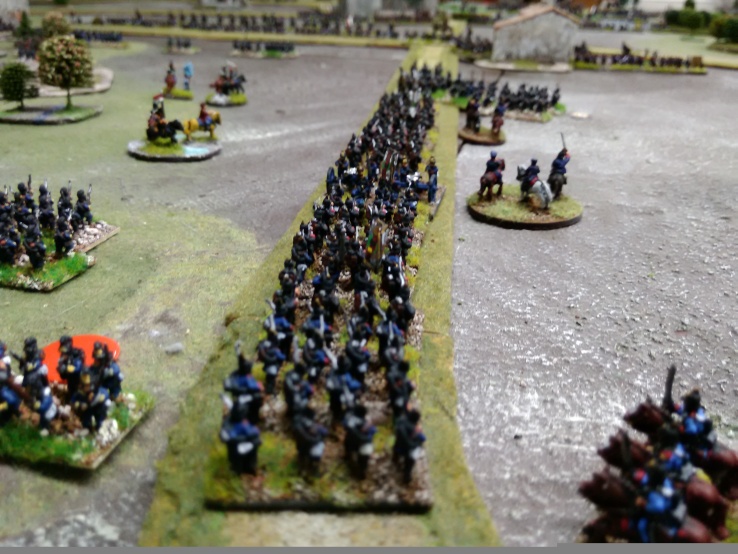 In short I blame american gamer and rule writer Bruce Weigle. Some ten years ago a couple of us were at Cold Wars in the US and one of us took part in one of Bruce’s participation games using his 1870 rules for the Franco Prussian wars and the promised land was revealed! You really could fight large scale actions from the C19th albeit using smaller scale figures, without it being like moving SPI counters around a hex map, now you didn’t need a WHC style 20 foot plus table length to fight Napoleonic, ACW or Franco Prussian battles. Now granted the man running the game was the writer of the rules so any rule glitches weren’t going to be visible and Bruce himself is a very nice chap so the pleasurable nature of the experience was probably amplified a bit.  Anyway, to cut a long story short we bought the rules, started buying Pendraken figures when we got back to the UK and found someone to take on the painting – I couldn’t see to paint the scale and Dave refused claiming it would distract him from whatever other project we had on the go at the time. 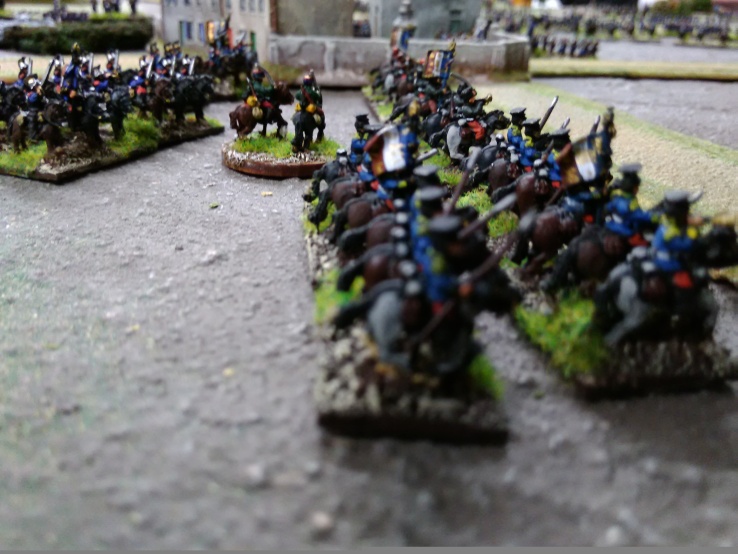 But why do it? Well this takes us back to our long running 28mm ACW project which we all contributed to over the years and for which I wrote the rules. The rules were pitched at regimental level but with a command and control level going up to multiple Corps and we based our army recreations on the OB for Gettysburg – not too ambitious eh?! We convinced ourselves this was all going to be fine because at that time we could access a 12 foot table length to play on with 6 foot depth so many of the medium size battles could be done and the larger (like Gettysburg) split into bespoke parts. The truth was though, that  it was an awful lot of figures to be moved over a fair amount of space and meant that for it to work well all of us needed to be available for a day long event which great though it was when it happened wasn’t that often. With the loss of the 12 foot table the best option in fact became for us to do ACW as a game at shows and there have been a number of Partizan and Derby outings for the collection. 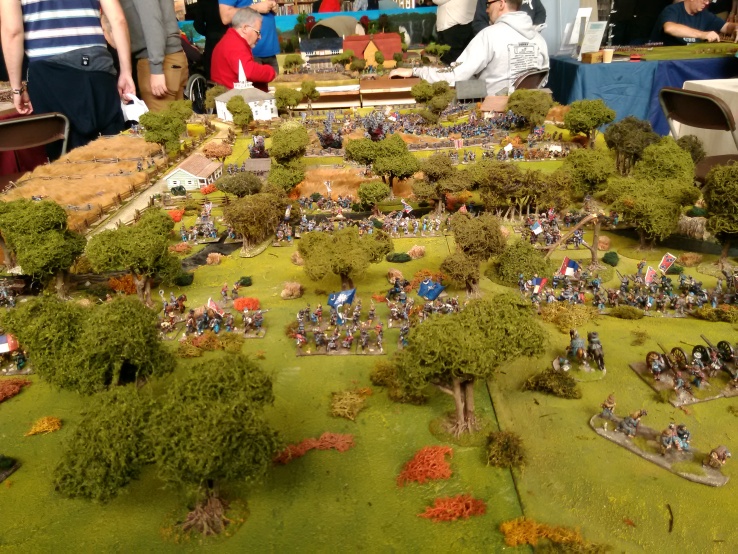 Not surprisingly then the collection got less and less use but the interest in large classic encounters remained high and the idea that these large battles could only be contemplated by most wargamers using a much smaller scale started to grow and then we were at Cold Wars…..

So why has the promised land not turned out to be all milk and honey? First off I don’t think it’s the rules. The 1870 set and its derivatives are straight forward and have additional options within them to cater for disparity in army sizes at certain historical points.  Equally the rules attempt to deal with the problems of command and control in a rational and (for the player) frustrating way so that not all commands move at once in perfect synchronicity; if you do want everything to go according to plan that’s fine but then you’re not accepting the challenge of recreating military history you’re just moving some representative pieces around. I was also kind of pleased that my own ideas for command & control in the ACW set reflected Bruce’s ideas albeit with different mechanisms. 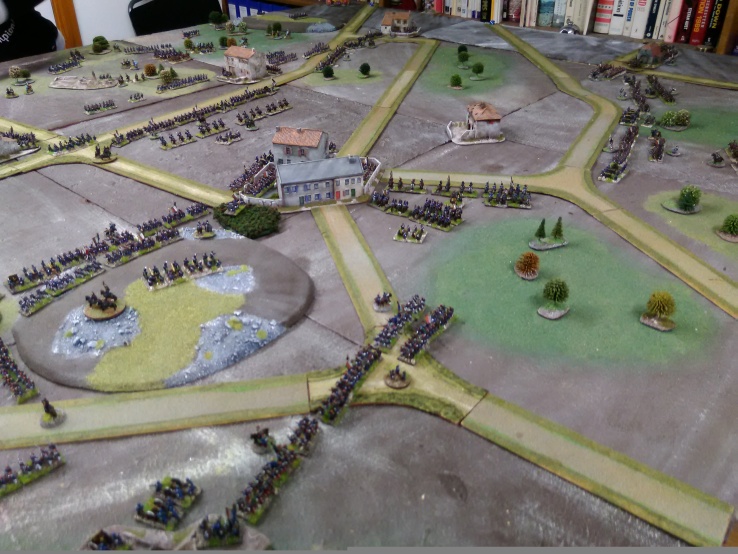 What then? Well I think it’s a lot simpler than I originally thought. At the heart of it you are trying to mimic multiple commands over a wide area and the actions of those commands are constrained within the artificial bubble of the game turn mechanism so cause and effect are ordered in sequence on a mass scale making the effort (no matter how simple) still ‘effort’. Added to this is the simple fact that even with the right number of players some are going to know the rules better than others and some are going to progress at a faster or slower pace than others so in a turn based arrangement like wargaming there is always going to be some form of delay. The game turns can therefore seem longer because there is more to do over a wider area and getting to a significant point can take a while to develop. What also struck me is the refusal of wargamers to give up on lost causes; in a traditional 28mm game those brigades that aren’t doing so well are still worth playing with because, a) something might happen and b) you haven’t got many anyway so wanting to play on means your evening isn’t over early! But in the smaller scale, larger battle this mindset is difficult to get out off, but it is in fact detrimental to the game so chunks of time can be wasted on actions which have no consequence to the whole – this is a player thing not a rules thing. The other thing is the real time conundrum, wargaming is a social event bounded by time constraints and availability; a bit of a chat during your  average 28mm evening game over a 6×4 or 8×5 table isn’t going to delay the game too much and most of us know when the game is lost anyway because of the visible status of the units on (or off!) the table. In the bigger game ‘down time’ has a bigger effect as game turns take longer and significant events take longer to develop and whether the game is won or lost is not so easily apparent. 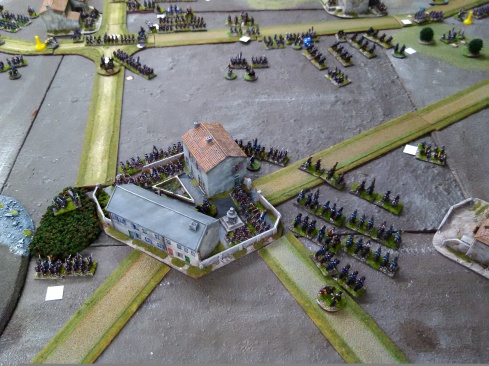 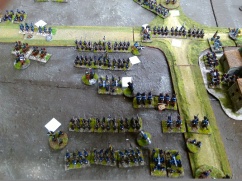 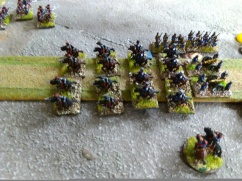 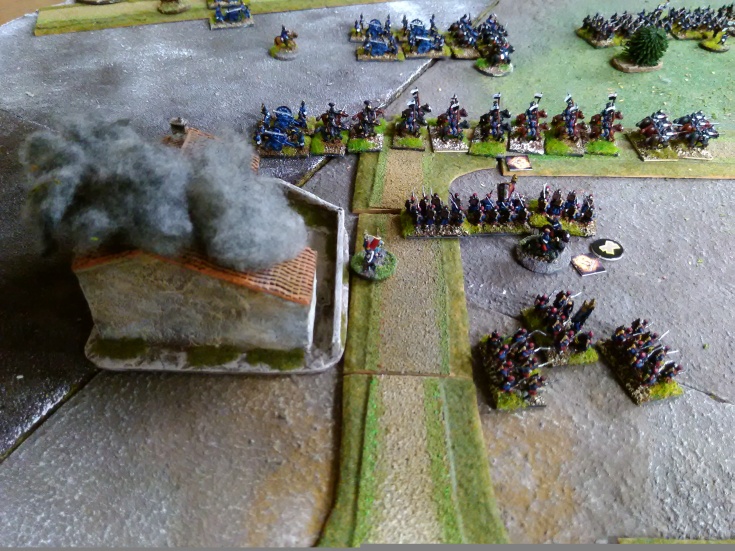 The answer? Well I don’t think there is one. Our 12 foot table length will be back in commission in 2018 so we could use that for the 10mm and see if the broadening of the width helps but based on the ideas above I don’t think it will. Also if you’ve got a longer table and you’re essentially 28mm players wouldn’t you want to use that space for your 28mm? The answer is obviously YES! 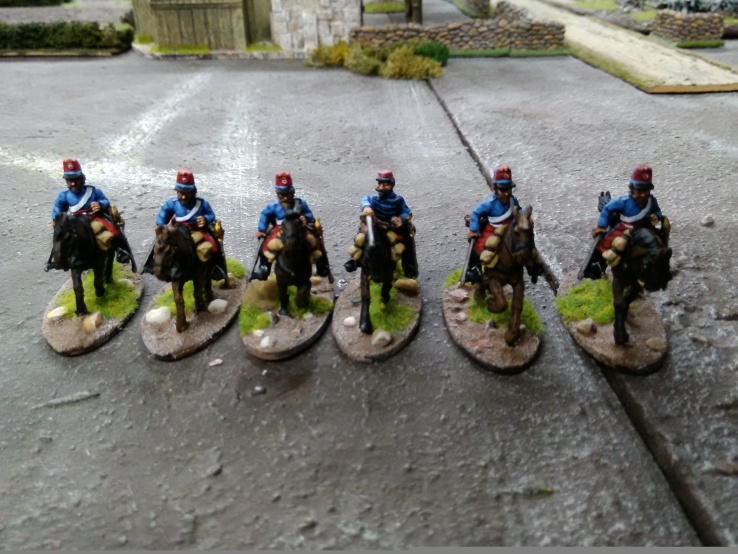 So where does that leave us? The bitter truth is that we have a large 10mm collection, well painted along with scenery and rules that will forever be boxed up. We will probably have to bite the bullet and sell it off to people who only do the smaller scale anyway which is a shame. So much for the promised land! 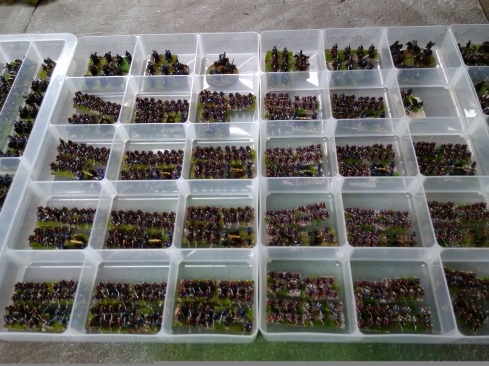 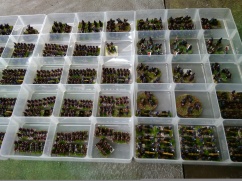 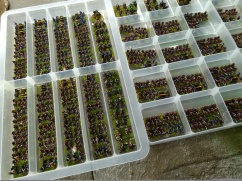 One thought on “A Question Of Scale”