Back in December we were idly musing after one of our eastern renaissance games (Swedes v Russians) and came to the conclusion we needed more (better?) Russians. How unusual, wargamers needing more figures! 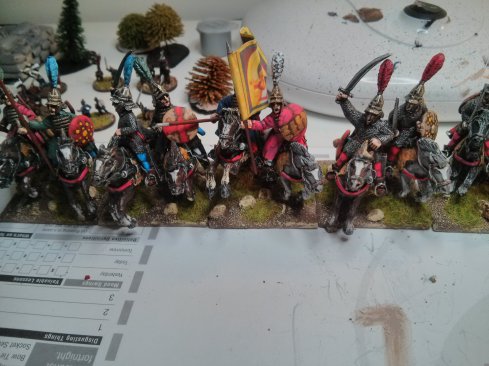 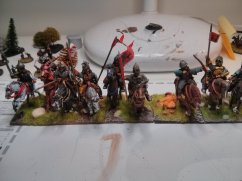 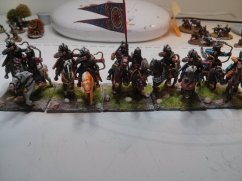 Our current Russians are an eclectic mix of, Hinchliffe (the later Russians they did), Redoubt, Bears Den (what happened to them?), Essex (oddly) and Old Glory, so we were casting about for someone who did a specific eastern renaissance range when, in a light-bulb moment Dave said “Assault Group!”

Now its not like we’ve never used TAG; some of their WWII US marines have found their way into our Indo China set up as French Legionaries (look at some of the contemporary photos from Dien Bin Phu and you’ll see what I mean), as have the early Viet Cong from their Up Country range and strangely some of the African Militia from the Ultra Modern range converted into Viet Minh.

BUT, we’d never even thought about their Renaissance range and what a treasure trove it is! 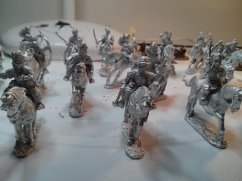 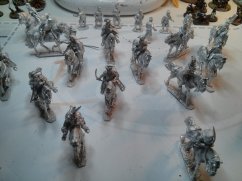 An extensive range rolling through, the Italian Wars, the Wars of Religion, the TYW, the ECW, Aztecs and of course Eastern Renaissance. Apart from the Aztecs we game all these periods and the temptation to reinforce already large existing armies was very strong but we resisted (for now!). The eastern stuff however is lovely; in terms of the Russians the period detailing is accurate and crisp making the figures really stand out as what they are rather than some vaguely exotic types from ‘over there’, the horses carry the riders well and the barded ones particularly look good, especially pleasing is the availability of ‘lesser nobility’ and boyars  with the contrast between poorer armour and the more ornate emphasising the class difference. The foot are also an extensive collection and can be made more so with a bit of ‘mix and matching’ between Cossack’s and Russians.

Now clearly the range has been around for a while but because they don’t seem to do many shows and so are not so much ‘in your face’ you could be forgiven for not remembering them like we did but this pre Christmas purchase proved to us its best not to forget some of the established names out there, it doesn’t all have to be about shiny new things!

Damn, now we need to paint them.